Our skip sizes offer solutions for all types of projects both domestic and commercial.

One of our most popular domestic skips is the 4 yard midi skip which is ideal for any small building projects or a garden clearance or face-lift. We also offer the traditional 8 yard builders skip which is are suitable for large domestic projects as well as for smaller commercial purposes.

As for a commercial skips, again we offer a wide range of solutions that also includes our 20 yard and 30 yard Ro-Ro (Roll On – Roll Off) skips which are far more suitable for the industrial and commercial sectors that. For more information on all our skip sizes visit our domestic skips and commercial skips pages on the site.

Our Birchgrove skip hire prices all also one of the best in the area. We know the importance of responsible and safe waste disposal and the impact it all has on our environment, we therefore want to ensure all our skip hire costs are cheap and affordable for all our customers.

So if you want a reliable, trusted and affordable solution to skip hiring in Birchgrove then you need to look no further than Ansawdd Skip Hire. Give us a call today on the number at the top of the page or complete the form on the right and our friendly support team will be happy to provide you with a free quote or help with any questions you have. 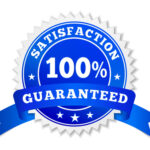 Services we deliver to our Birchgrove customers include:

Birchgrove is a relatively large village and community within the City and County of Swansea. The village is located 4.5 miles (7 km) north-east of Swansea city centre, and lies between and the River Tawe floodplain  and Mynydd Drumau (Drummau Mountain). Birchgrove also shares a border with Neath Port Talbot. The community of Birchgrove is comprised of Lon-las, some parts of Glais and of course Birchgrove itself. It’s popoulation was approx 5,807 in 2008 and stood at 7,392 in 2011.

The surrounding countryside around Birchgrove is dotted with ancient sites. There are many Barrow mounds and evidence of ancient dwellings.

Carreg Bica is a large standing stone situated on Drummau Mountain. This stone was carved from local Sandstone and is approximately 13 feet tall. The name translates to “pointed stone” in the Welsh language. The stone is also referred to by different names: Maen Bredwan and Maen Bradwen. It’s included in the document from the King John and William de Breos in 1203 as “meynhirion”, as a stone for boundary to mark an area of Gower.

Cistercian monks constructed the adjacent Neath Abbey during the 12th century. Their flocks and herds would hibernate in some of the open available spaces in the valley during winter, while the other seasons  grazed in the few areas down into the valley and during the other seasons they would be kept within stone-walled fields on the top of Drummau Mountain, using the standing stone as an important landmark. Large sections of the stone walls still remain dating from Cistercian times.

Popular Places in & Around Birchgrove, Swansea

Call Us Now To Hire Your Birchgrove Skips